Opening of a new concept in Grand Rapids: Inside Woodrows DuckPin 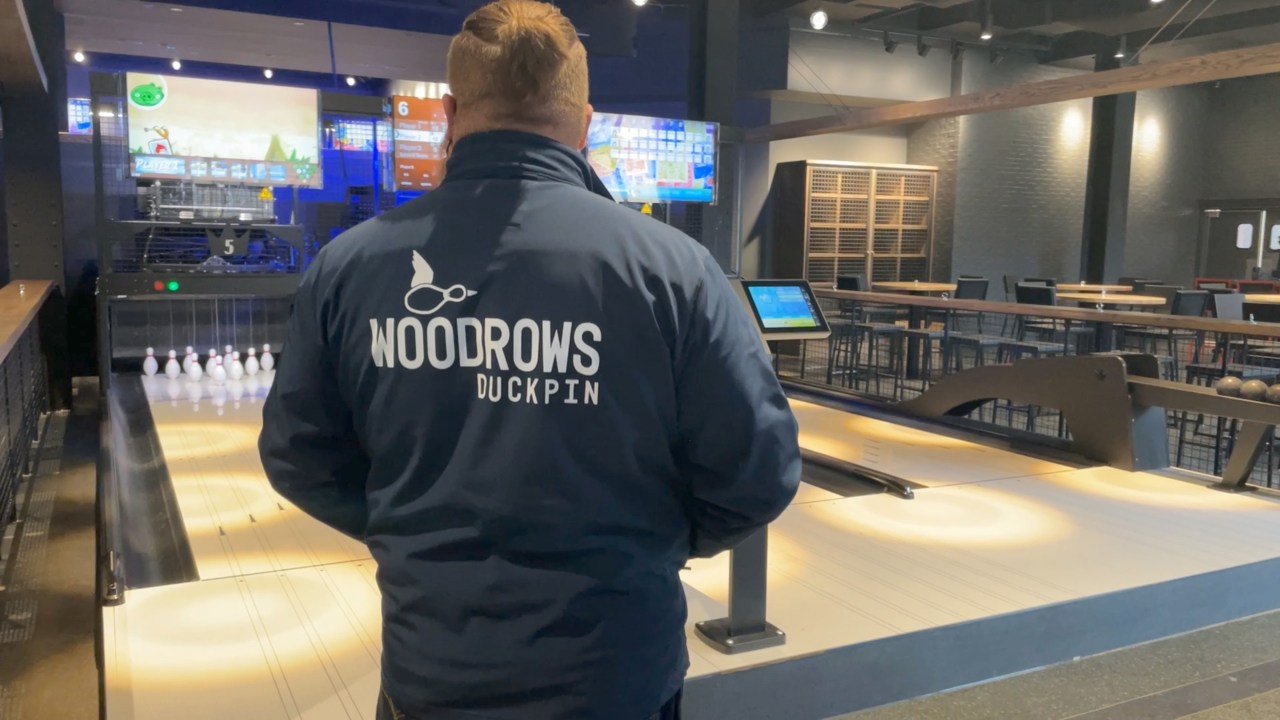 Restaurateur Johnny Brann Jr. has teamed up with Josh Canale and Jeff Royce to bring the new business to downtown Grand Rapids. Brunswick Bowling Products, based in Muskegon, helped roll out the concept and provide the supplies.

Growing Up in Grand Rapids and Beyond: 22 Places Planning to Open in 2022

“It’s something that we’re all extremely invested in and excited about and wanted to do it not only because it’s a great opportunity for a business…but it’s also something really amazing for the community” , Brann said. “We truly believe in our hearts that this will bring people downtown…We’re just thrilled to bring this to Grand Rapids and bring more people to enjoy our wonderful community.”

The team began building Woodrows DuckPin in July, but experienced delays in building materials. Brann said the slowdown has allowed them to focus on design and collaborate with the community, the hotel and those involved in the redesign of Lyon Square, located just outside their business.

“It gave us the time to be really, really deliberate and make the concept really work for what we’re trying to do, which again is to really get people downtown, especially post-COVID. , especially where we can bring people together, come together and get out there and have fun together,” Brann said.

Bowling at Woodrows DuckPin isn’t like your traditional back alley trip. The pins are shorter, fatter and more widely spaced. The bowling ball is smaller, lighter and has no finger holes. In duckpin bowling, the lanes are shorter and bowling shoes are not required.

Despite the changes, Brann says duckpin bowling is still tough.

“There has never been a perfect game in DuckPin bowling,” he said.

But the game appeals to all ages. Canale said he brought his daughters to try bowling, “and they were immediately hooked.”

Brann says anticipation is mounting within the bowling community.

“There are a lot of enthusiastic bowlers that we didn’t really know existed in West Michigan, but they’re starting to come out of the woodwork and they’re really excited. And I think there will be some pretty cool opportunities to have leagues and corporate retreats and events and private parties,” Brann said.

Woodrows DuckPin will lease its lanes by the hour. Customers will be able to check availability and reserve a spot at www.woodrowsduckpin.com.

Brann said the project was “north of $1 million,” but called the cost reasonable, given the extent of the redesign inside Amway Grand.

“It was a really big project in the sense that we had a lot to transform here in this space,” Brann said.

Three bowling alleys now cover where the double-sided bar once stood. The contractors also removed the brick from the room’s riveted columns to expose the original surface and peeled back the floor to reveal the original terrazzo, which Canale said was in surprisingly good condition.

“This particular space, there is so much history. To be able to transform it, continue, but transform with a new version of what we’re doing now is really exciting,” Royce said.

The Woodrows DuckPin team then added a more modern touch to the space with lounge areas, a new bar, wooden and metal tables and big screen TVs for watching sports, in addition to bowling alleys in duck.
Brann says the concept is unprecedented for the region.

“There may be a few one-lane duckpin lanes in Michigan…but not an entire concept is built around duckpin bowling. So it will be the first in Michigan to truly develop a full concept and space and bar service and outdoor experience and sports viewing under one roof with seven duck bowling alleys,” Brann said.

The bar at Woodrows DuckPin will serve beer, wine, spirits and craft cocktails. Brann says the menu will include products from Michigan breweries, wineries and distilleries and western Michigan brands like New Holland, Founders and Long Road Distillers.

Woodrows DuckPin plans to open its patio this spring. Guests will be able to order drinks at Woodrows DuckPin or food at Taco Alley of the Amway Grand Plaza Hotel from a window inside Woodrows. Brann says customers are also encouraged to bring or have their favorite food delivered to Woodrows DuckPin.

Woodrows DuckPin will host its first fundraiser Thursday night for the Mental Health Foundation of West Michigan. A ticket to the event gets you bowling, aperitifs and three drink tickets. Wednesday morning, tickets were still available in line.

Brann expects Woodrows DuckPin to be open to the general public “very soon.”

“In the next few weeks we should be ready to go. We’re just finishing up a few items on the to-do list and we’ll be ready to open,” he said.

“We’ll see how the business goes and make adjustments along the way,” Brann said.

Royce said it’s been a long road to get here, but he’s enjoyed working with his new business partners. He said it wouldn’t be their last adventure together.

“It’s the start of a lot of great things. So we’re very, very excited to open up, to get to this point,” Royce said.