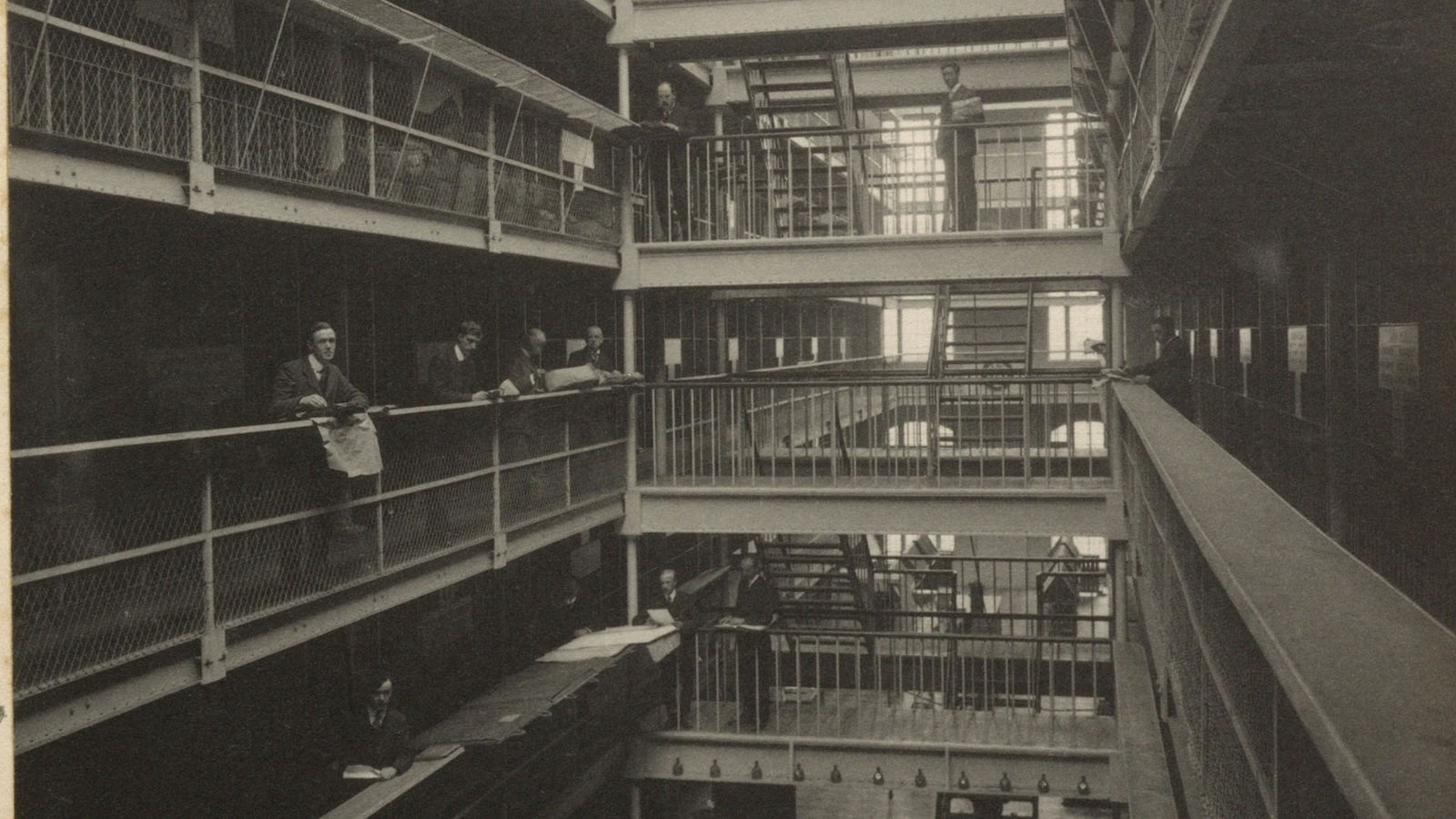 One hundred years ago this week, on June 30, 1922, the Public Record Office of Ireland was destroyed at the start of the Civil War.

When Herbert Wood, Assistant Curator of the Office of Public Records, returned to the site of the Four Courts to assess the damage, he noted that “all of a sudden the records of the centuries fell into oblivion”.

Just three years earlier, Wood had published “A Guide to Documents Filed at the Public Record Office of Ireland”.

The volume would later become known as “the most depressing book in Irish history”, as it cataloged the collections that had been destroyed.

Wood’s book would also be the starting point for a groundbreaking research project, the Virtual Record Treasury of Ireland, to be launched this morning by Taoiseach Micheál Martin and Minister for Tourism, Culture, Arts, Gaeltacht , Sports and Media Catherine Martin.

The immersive digital recreation of the Public Record Office and its collections was developed by historians from Trinity College Dublin and computer scientists from the ADAPT Centre.

The Virtual Record Treasury of Ireland covers an arc of Irish history from 1174 to 1922.

It allows users to explore 150,000 documents online, ranging from single sheets to entire series of bound volumes, and more than 6,000 maps.

“When we started five years ago, we first had to figure out what had been lost,” explained Dr Peter Crooks, director of Beyond 2022.

“And we were very lucky to have Wood’s book just before the fire which documents in incredible detail all of the materials that were destroyed.”

As the research program progressed, the team uncovered tens of thousands of replacement documents that were held in partner archives around the world.

Dr Crooks said: “We have found records kept by generations of copyists and transcribers in archives around the world. What we are doing is linking what has been lost with what has been rediscovered.

“It means that the online user can enter the virtual space, where he will find out what happened 100 years ago.

“They can then enter the Reading Room, as it was on the eve of the fire. They can also enter the Record Treasury, where they will get an idea of ​​the extent of the collection that has been lost. But from there you have to go deeper and start your own exploration into the past.”

The Treasury collection also includes rare and burnt documents and archives that have been expertly preserved.

Zoe Reid, Custodian of the National Archives, said: “The public feels that all was lost on that afternoon of June 30, 1922.

“But things were recovered by staff in the weeks following the fire and scraps of parchment and documents were carefully preserved and stored.

“It’s really incredible to preserve these documents, as well as the other sources that historians have been able to find around the world.”

So far, the quest to bring the destroyed Record Treasury back to life has involved 70 libraries and archives around the world. Already vast, the project should continue to expand.

Dr Ciarán Wallace, deputy director of Beyond 2022, said: “What we have achieved is to allow people to look through the smoke and rubble of all the destruction of 1922.

“We were working towards that centenary release date, but we know there are other collections that have come up over the last year that still need to be digitized and added.

“Now that the word is out and the framework is there, the archival network and partnerships will bring new discoveries.”

He added: “I like to think that poor Herbert Wood, who lived many years after the fire of 1922, is up there somewhere smiling at us.

I hope he thinks we’ve managed to collect a lot of what he recorded, and then lost, during his tenure at the Public Record Office.”